Financing the economy – Impacts of the new Basel banking standards

The banking and financial sector eagerly awaits, but also with some concern, to see how the legislator will implement the compromise reached by the Basel Committee on Banking Supervision at the end of 2017 to strengthen the capital framework of the banking system. The Commission plans to bring forward a proposal regarding the matter by early 2020. Cause for concern is a comprehensive study by the European Banking Authority (EBA) published this summer. This study shows that the full implementation of Basel III in the EU will significantly increase the minimum capital requirement for banks, resulting in a total capital shortfall of at least EUR 135 billion. Not only the major international banks, but also medium-sized and small banks would have to increase their minimum capital irrespective of their business model. According to the EBA's calculations, the Basel Committee's declared objective that the capital requirements should not rise above 10% as a result of the new regulations would be far exceeded. In this context, we anticipate a fascinating discussion of the following issues: How should the Basel standards be implemented in Europe? Are there any special European aspects that need to be taken into account? What impact will the new Basel standards have on financing the European economy? 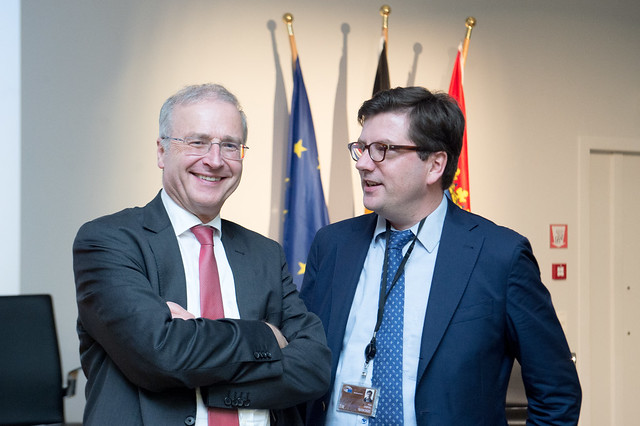 Martin J. Worms, State Secretary, Ministry of Finance of the State of Hessen

Martin J. Worms, State Secretary, Ministry of Finance of the State of Hessen

Marcus Chromik, Member of the Board of Managing Directors, Chief Risk Officer, Commerzbank

Simultaneous interpretation into English and German will be provided. Please register via link.

We use cookies and various analytics tools to enhance the quality of our site and offer you a better browsing experience. Find out more about how we use cookies in our privacy policy. If you are happy for us to continue using these tools, please click on “I agree”. Not all the cookies we use are essential for you to view our site. You can personalise these cookie options before visiting our site.

These cookies are essential for the basic functionality and security of the website, and cannot therefore be disabled.

These cookies allow us to analyse how you use our website so we can continually develop and optimise your browsing experience.

These cookies allow us to analyse how you use our website so we can continually develop and optimise your browsing experience.

We integrate third-party editorial content – video platforms or social networking sites, for example – via iFrames or embeds on our website. These external services may use your data to analyse your online behaviour when you view this content on our site. We have no say over whether or how third parties use your data.